Pyrsia architecture and use cases

Warning: This document is a work-in-progress.

Concepts used in this document​

The Pyrsia network's first aim is to distribute software packages without central authority. Instead, it relies on a set of designated authorized nodes that reach consensus about the publication of software packages.

Those software packages originate from a source repository with build instructions. All authorized nodes perform the necessary build steps and reach consensus if the produced build is identical (or at least identical for the parts that matter).

The Pyrsia network also distributes transparency logs so every node in the network can verify a downloaded artifact. 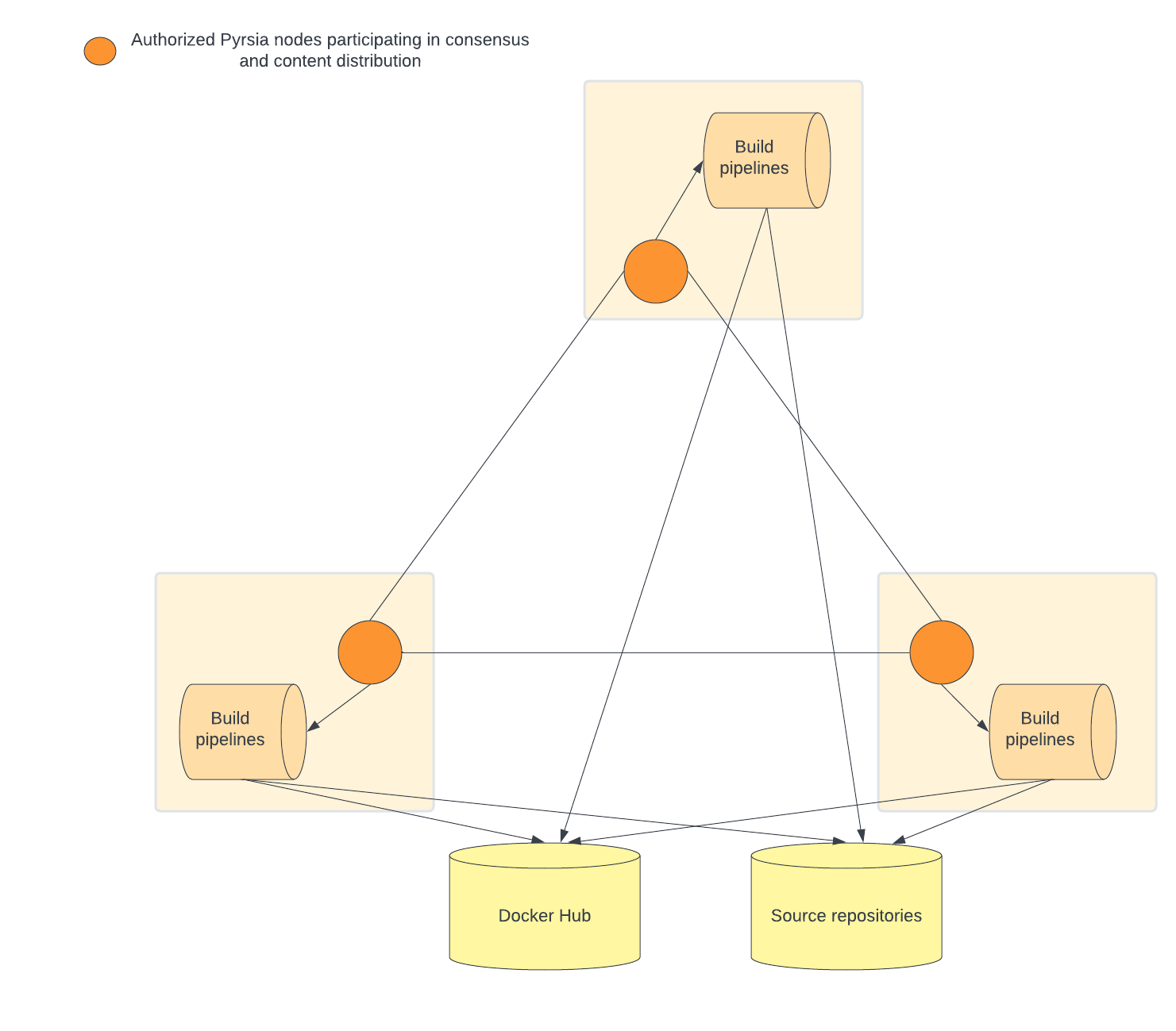 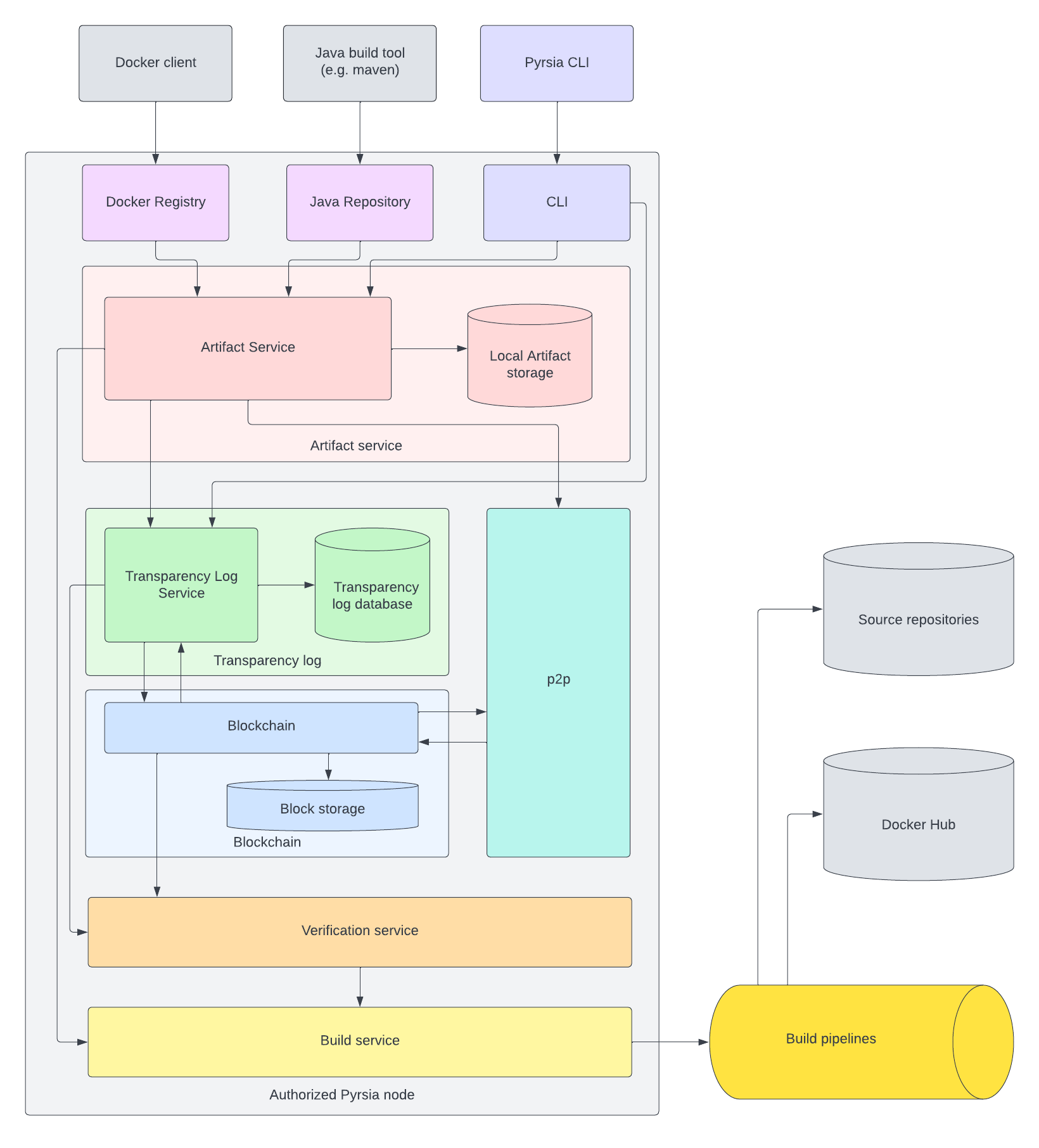 The end goal of a such an integration service is always a frictionless integration of Pyrsia in the developer's workflow.

Different package type integrations deal with package specific details in a different way. But all must follow the same logic:

The Pyrsia CLI API is the entry point into the Pyrsia node for the Pyrsia command line tool. It supports all kinds of management operations and inspecting transparency logs.

The Pyrsia CLI API has functions to:

The artifact service provides these functions:

The p2p component offers an interface to the peer-to-peer network. This component heavily relies on libp2p and bundles everything that is required to set up and maintain a p2p network between Pyrsia nodes, allowing them to exchange messages, artifacts and transparency logs.

This component is used by the artifact service to store and retrieve transparency log information about an artifact.

This component offers an interface to store and retrieve immutable transparency logs, and distribute them across all peers.

Before transparency logs can be added to the blockchain, consensus needs to be reached using a fault-tolerant consensus algorithm, because:

The blockchain component supports these functions:

The verification service is a component only used by authorized nodes. It implements all necessary logic to verify blockchain transactions.

The verification service supports this function:

The builds service supports this function: